Sandyard Volleyball is proud to be a part of AVP America and AVP Juniors!  With AVP help, we can take our organization to the next level.

Powered by some of the most dynamic and elite athletes in the world, the Association of Volleyball Professionals is the premier professional beach volleyball organization and longest-running domestic beach volleyball tour in the United States. Founded in 1983, the AVP has produced some of the world’s most beloved athletes, providing fans with unparalleled access to nail-biting matches on the sand. In 1996, beach volleyball became an official sport of the Olympic Games and the AVP proudly serves as the home court for Team USA’s Olympians.

Headquartered in southern California, the AVP operates a 3-tiered development system. AVPFirst, a 501(3)c youth program, is focused on creating healthy lifestyles and a lifelong connection to the sport by offering access to all. AVPNext is a developmental circuit providing athletes the opportunity to develop their skills and earn valuable AVP points to climb the rankings towards becoming a pro. The decorated AVP Pro Tour is the gold standard in beach volleyball, with over 100 pro athletes competing for top prize money in front of over 120 million fans worldwide. Additionally, in an effort to grow the sport and celebrate those who love the game, AVP America leads a grassroots movement across the United States to curate thousands of events and matches for fans and players

Beach and grass volleyball tournaments, camps, clinics and showcases for athletes 18 and under. Features Player of the Week from across the country and leaders in the AVP America Junior Grand Prix! 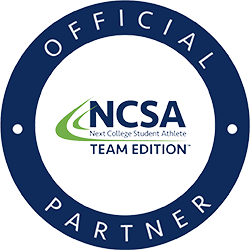 Next College Student Athlete can trace its roots back to the 1980s and a high school linebacker named Chris Krause who wanted to play college football. For Chris, and like many athletes today, recruiting was a mystery. It was a process athletes and families had to go through, yet no one was there to tell you how to do it—and do it well.

The company Chris founded, NCSA, changed all that in a big way. 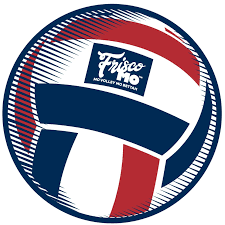 Frisco Mo began because of our boys. They love volleyball and wanted to wear stuff that reflected the culture. There wasn't much. So, in 2017, I began selling a few t-shirts. We've grown to now offer volley shorts, stickers, blankets, beach towels, art, and uniforms. There's even stuff for girls. (I am one after all.)